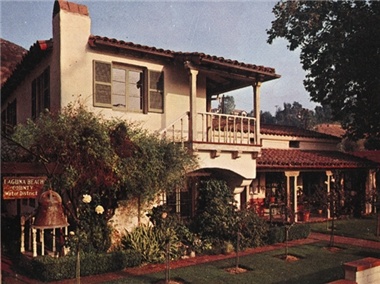 Built in 1927, the headquarters building at 306 Third Street was designed to house the then two-year old Laguna Beach County Water District.

Because the City of Laguna Beach was newly incorporated that same year, city personnel were accomodated as well until 1952. The city jail was located behind the office where the District’s parking structure now sits. In addition, the local fire department was located in the garage alongside the headquarters building for several years.

The building’s “Mediterranean Revival” style was designed by architect, Aubrey St. Clair, the son of the first artist to make his home in the Laguna Beach Art Colony.

In the 1980’s, the District began planning a remodel and expansion of the headquarter's building. In 1989, after much planning and community input, the District broke ground careful to keep as much of the original building as possible. One year later, the much anticipated newly remodeled and expanded headquarters building was completed and opened to the public.